This week the Shadow Queen herself lands at Forbidden Power!

The latest release from Gamesworkshop for their Fantasy Wargame Age of Sigmar will be available at Forbidden Power as of this week. The new release features Morathi the Dark Elf queen from the time of Warhammer Fantasy Battles; who after surviving the End times and the torments of Slaanesh, now returns to the Mortal Realms with new found power and a thirst for Vengeance!

Morathi now is at the lead of a new breed of Aelves known as the Daughters of Khaine; fanatically devoted to  the worship of the Aelven God Khaine as well as their queen and her sadistic ways!

The release includes various products such as a Completely New Battletome containing the lore and history of the Daughters of Khane and the rules with which you can use the Daughters of Khaine in Age of Sigmar battles;  and the Shadow queen herself, which got not one, but two, new breathtaking models!

Check out the pictures below for more info and feel free to drop by our store to check them out in person! 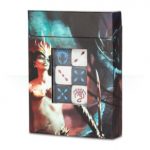 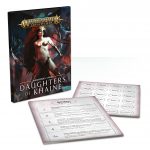 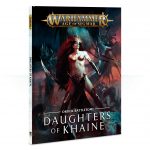 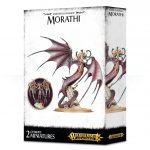